Featured in Ripley’s Believe It or Not!

The animal world is full of fascinating moms. Emperor penguins must waddle hundreds of miles through ice and snow to relocate their eggs. African elephants carry their young for almost two years before giving birth to a 200-pound, three-foot-tall baby. And while the platypus mom may not travel long distances or endure a lengthy gestation, she really does an amazing job at raising her young. Platypus newborns start out like almost no other mammal (aside from the echidna)—as an egg.

While all platypus babies are born with spurs on the back of their hind legs, they either use them or lose them as they mature. The females’ spurs drop off as they grow, while the males’ spurs stay put and eventually become venomous. Male platypuses use these spurs to fight one another for dominance during the mating season.

However, their reckless fighting isn’t enough to win over a lady. Wooing a female platypus can take quite a bit of time. The male lets his potential mate know that he is interested by biting onto her tail. An uninterested female will flee at the initial bite if she’s not ready to mate, but interested parties return the favor, biting onto the male’s tail as well.

From here, the two participate in a bit of a courtship “dance.” They swim together, diving, and rolling through the water like a pair of synchronized swimmers. This dance can happen up to six weeks before any mating actually occurs. 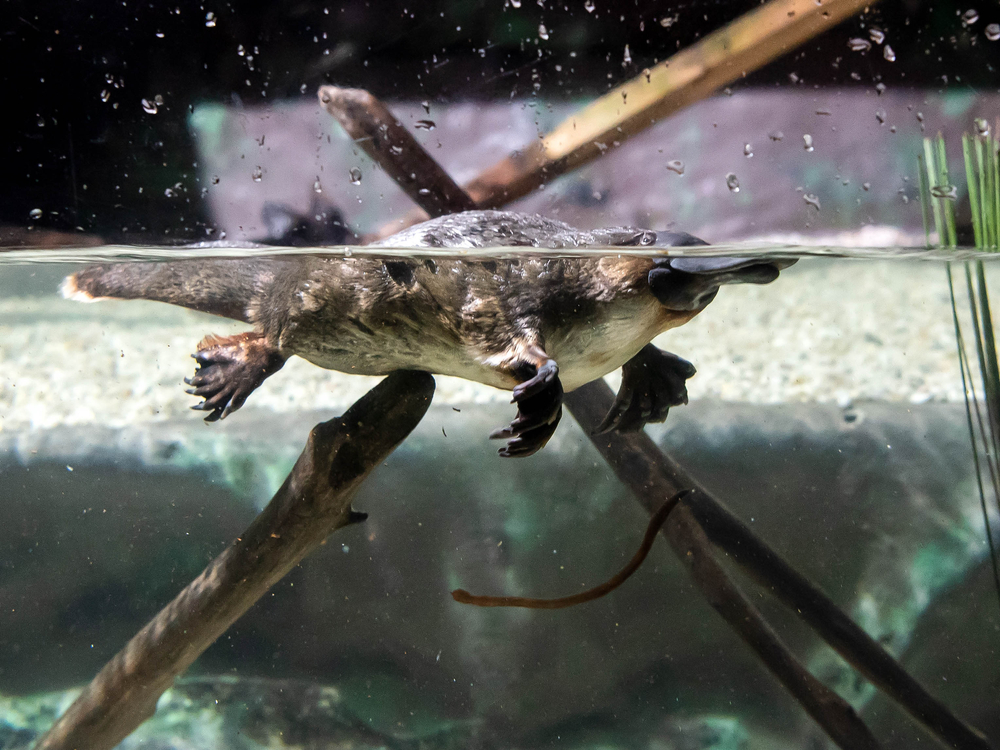 Once the female is ready to lay her eggs, she will build a burrow in which to do so. At this point, the male platypus has moved on to find a new mate to “dance” with, maintaining no contact with the female, nor with the babies. Not exactly father of the year, but we’re focusing on dear old mom today!

The female platypus typically lays two or three eggs. To keep them warm, she creates a bit of a nest, curling around the eggs with her tail touching her bill. The incubation process can last six to ten days, depending on the individual platypus.

When platypuses hatch, they are blind, deaf, and hairless—in other words, completely vulnerable. They also aren’t much bigger than jelly beans! Their tiny size is due to the lack of nourishment in the eggs themselves. Baby platypuses, or puggles, require extra help from their mothers in order to grow.

Platypus moms are extra special in that they both lay eggs and produce milk. Usually it’s one or the other—many reptiles lay eggs, but do not produce milk and mammals produce milk, but (usually) do not lay eggs. Platypus moms (mammals) do both. However, even the way they do that is weird. Rather than having teats like most female mammals, the platypus instead oozes milk out of mammary glands under their skin like sweat.

Nourished by their mother’s milk, the puggles will increase in weight by a factor of twenty over the first four months of their lives. After this, the babies are ready to leave their burrow and start looking for their own food. They are considered fully grown at about a year old. 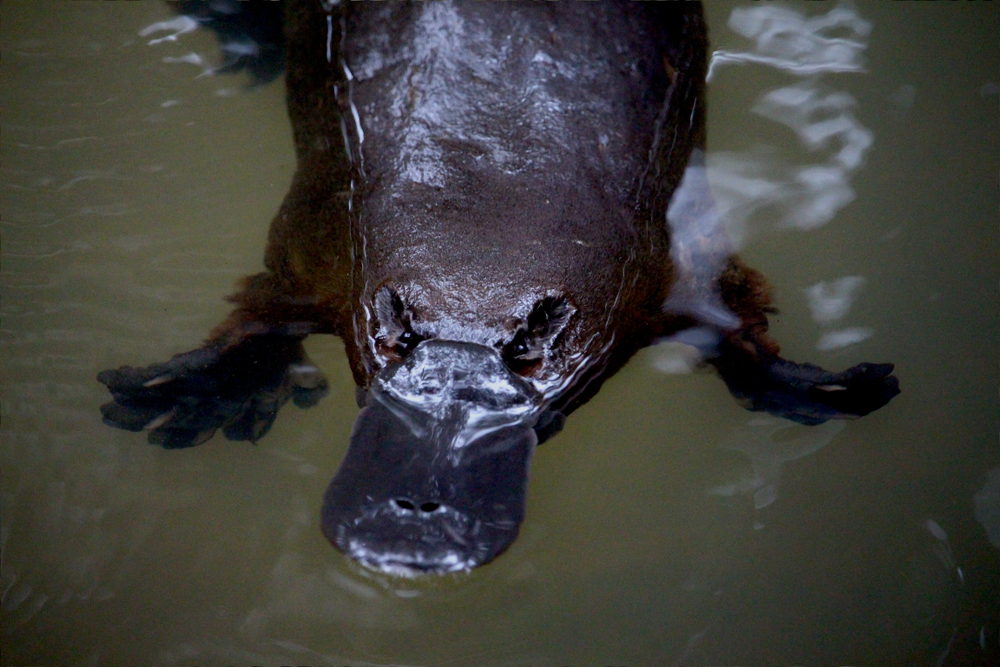 While their young may be a bit easier to carry than that 200-pound baby elephant, platypus moms still deserve a round of applause for their nesting, dancing, and motherly instincts!

By Julia Tilford, contributor for Ripleys.com

Source: The Platypus’s Journey to Motherhood: Biting, Dancing, and… Oozing?

Nikki Bella Responds to Backlash Over Book About The Rock

Chadwick Boseman Kept Cancer Secret in Part Because of His Mother

Stars Who’ve Had to Postpone Weddings Amid Pandemic

The Best Tablets for Reading Books, PDFs, and More