Last November was a big month for Pittsburgh-based Ready Nutrition Founder and President Pat Cavanaugh. His then-seven-year-old startup made a big splash by introducing NFL superstar Aaron Donald as a prominent investor and part-owner. But this week, Cavanaugh took his business to literal new heights by formally announcing its partnership with 6’11”, 25-year-old NBA phenom and reigning league MVP Giannis Antetokounmpo of the Milwaukee Bucks.

According to industry sources, Antetokounmpo is making a low-seven-figure investment in Ready for a partial ownership stake. In the Greek-bred basketball luminary’s case, that will entail — per an official statement from Ready — “creative input at multiple levels of the company’s business, along with an exclusive endorsement and community role with the brand’s Ready Water and other sports nutrition products.” That last part, which is of a piece with Antetokounmpo’s ongoing civic advocacy, will entail giving direct counsel to groups of young athletes and ensuring that Ready products —which range from all-natural energy drinks to protein bars and snacks and are available at thousands of nationwide retail locations — are distributed for free through Milwaukee schools, among other outreach. (Ready has also donated products to healthcare workers during the pandemic.)

The four-time NBA All-Star has long been a consumer of Ready’s products, but it was still no small thing to leap into co-ownership. Despite paid endorsements with the likes of Budweiser and JBL, Antetokounmpo had never before made a major brand investment, let alone formalize it smack in the middle of a nationwide quarantine and indefinite NBA hiatus — which has both afforded Cavanaugh and Antetokounmpo more time to strategize but also temporarily limited the product’s typical reach.

To help get some insight into how their relationship materialized in this moment, and what it’s in it all for parties long-term, we connected over the phone with Antetokounmpo, speaking from his Milwaukee apartment near the Bucks’ Fiserv Forum; his agent, Alex Saratsis, patching in from Chicago; and Cavanaugh, who dialed in from his home in Pittsburgh.

Giannis, did the conversations with Pat about formalizing this relationship change as the pandemic took hold?

Antetokounmpo: Obviously, it changed, but the announcement is just part of it. We all wanted to do this in person, but at the end of the day, our goal is to take this company from what it is right now and make it bigger. The goal stays the same, so it doesn’t matter if we’re going through a pandemic.

Cavanaugh: I think the parameters with stay-at-home orders have limited us in terms of things that we normally would have done pre-announcement, so some of that is still being worked out. At the end of the day, safety’s first.

Saratsis: Giannis’s number-one job is to help Milwaukee win a championship, so while Giannis was chomping at the bit to get moving [with Ready], we had to take all those things into consideration, which is a credit to Giannis — that while he’s staying healthy and making sure his family’s healthy, he was excited to get moving.

The official release talks about Giannis’s involvement in development and design as “schedule permits.” Has the lockdown at least freed up more time for that part of the collaboration early on?

Antetokounmpo: Oh yeah. The thing I loved about the company already and the people I work with like Pat is that even though everybody’s going through this pandemic and focusing on their job and I’m focusing on basketball, I always find time to be involved. Pat’s keeping me involved. He’s always asking me for my opinion. He sends me products to taste at home — not just me, my whole family. Just being with somebody who cares about my opinion and wants to make this company as big as he can is big for me.

Saratsis: We are always approached by brands, but Pat’s been so wonderful not just now with the pandemic, but prior to it as we were discussing the terms, about really being respectful of Giannis’s schedule. This is a true partnership, as opposed to an endorsement. That was part of it: Hey, Pat, you were an athlete, and Giannis is an athlete. And it is schedule permitting, but if you work with the right people, you’ll always find the time to really be involved in every aspect of the business.

Antetokounmpo: Pat definitely respects how much time I spend on the court. We have the same mentality. He’s like, focus on your goals first and be the best you can be on the basketball court, and when you’re able to give your opinion about the project, go ahead and do that. So far, that’s working great for me.

Pat, did first recruiting Aaron Donald as a co-owner make it easier to then woo an athlete of Giannis’s caliber?

Cavanaugh: The one thing with me is what you see is what you get — no bullshit. The things that helps me appreciate Giannis or Aaron Donald is having played at a high level. I haven’t played at their level, but I can understand the rigors.

I really never tried to “woo” him or recruit him the first time that we met. He had our product prior to that and I said, “Giannis, I don’t know if we can potentially work together, but the one thing I want to be crystal clear on is if you don’t believe in our products and our mission, we’ll say we met each other and help each other from time to time, but we won’t be partners together.”

And he said, “Well, first, I love the product,” and then from there it was really about, “Pat, what’s your vision? What’s different about your company? Where do you want to take this? How do you see me being involved?” Very much a lot of the same questions as Aaron. It’s not about, “Hey, here’s a bunch of money to talk about nice things about our product.” They’re actually able to make some decisions versus being drafted by a team, right? With Giannis, my guess is when you ask, “What did you like about Ready beyond the products?” he’s going to say, “The mission and where the company is going in terms of, you know, the Cokes and Pepsis and the other people in the sports-drink space and overall nutrition.”

Giannis, how much of that mission-driven approach did you bring to the negotiation, and how much of it was already part of the baked-in appeal?

Antetokounmpo: It was me. Obviously, it was Pat also. He came up with the idea to donate 34,000 products to health workers. But for me, we’re in a place to have a healthy way to give back, and we’re proud to do that. Pat knows this is really important for me, so we’re on the same page with that.

Saratsis: One of the first things that Giannis said when we talked about what we want to do when we let everybody know we’ve got this new partnership was, “I want to make sure we help people in the local Milwaukee community.” That’s why we said we wanted to help, first and foremost, the Milwaukee public schools. That was important to Giannis.

Giannis, for every LeBron or Steph Curry, there are plenty of horror stories in the history of athlete-investors. Yours and Pat’s missions aligning aside, what made you confident this didn’t otherwise raise any red flags?

Antetokounmpo: It’s simple. Nutrition is a really big part of being an athlete. You’ve got to be really careful what you put in your body. When I met Pat for the first time and met the team, I liked what I saw. I liked that it’s all-natural and doesn’t have much sugar like other products. Through the years, I got better, faster and stronger, so it was a no-brainer to join Ready.

Saratsis: This has been close to a year-and-a-half courtship, so Pat had to make sure Giannis was the right person, we had to do our due diligence and look at numbers. Any time you invest in a company, once the financials check out and you believe in the product, you invest in the people running the business. Once that checked all the boxes, it was a no-brainer, but this wasn’t a decision taken lightly on either side. We spent an exorbitant amount of time peeking under the proverbial hood to make sure it was a partnership that work for both parties.

Cavanaugh: They get hundreds of opportunities, but just because they get opportunities doesn’t mean it’s the right one. We learned over that 18 months that we had so many things in common. That’s what allowed us to get to this point.

Antetokounmpo: Pat came and met my family and watched one of my brother’s games. I love the mentality he has. And the other thing was the product tastes amazing to me, and I use products that I believe in. 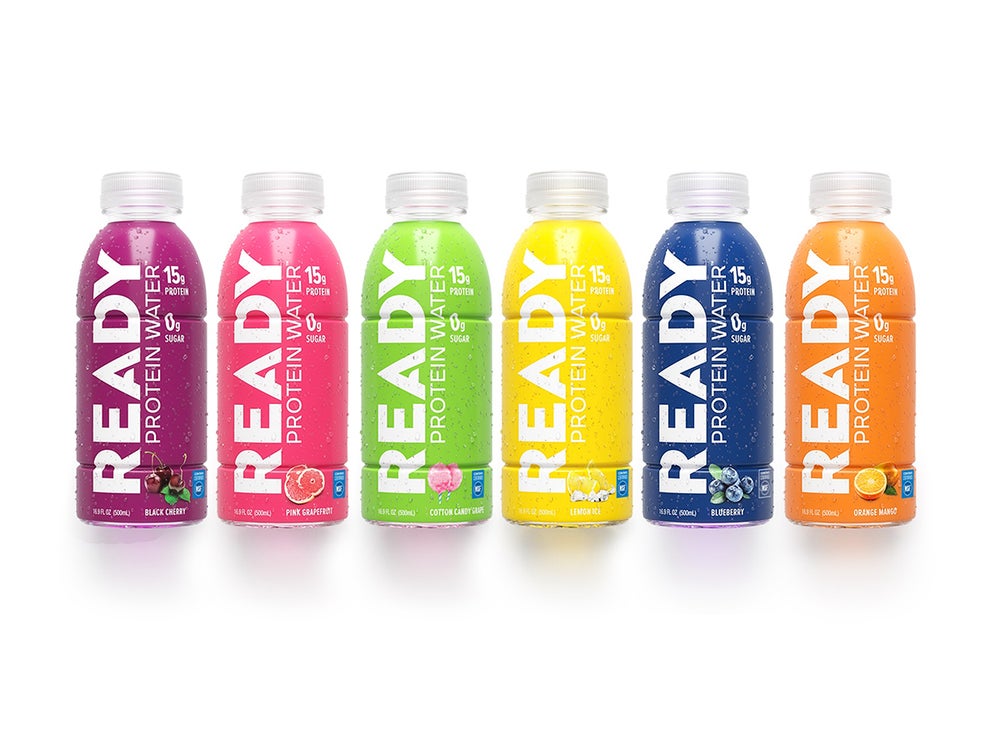 Pat, do you recall Giannis having any trepidation, and if so, how did you bring him around?

Cavanaugh: I don’t think there was anything that I would say he had trepidation on. One of the things that impressed me is he came to that first meeting with a notebook with questions, and I think the big question that he had is: How are we potentially going to be different than these other brands that have been around longer?

And Giannis, when you were getting down to decision-time, was there anyone in your inner circle you sought counsel from or who served as a model?

Antetokounmpo: I talked to a lot of people. I don’t know if I want to name them and put them out there, but I feel like the number-one person I always go to outside of my agent is my older brother [Thanasis]. He always gives me great advice. He was the one that helped me and guided me through this process. I know it’s not an appealing answer, but that’s the truth.

They Didn’t Turn In Their Work For Remote School. Their Parents Were Threatened With Court...

Twitter Spaces launches a co-hosting feature, which will now allow rooms to have one host,...